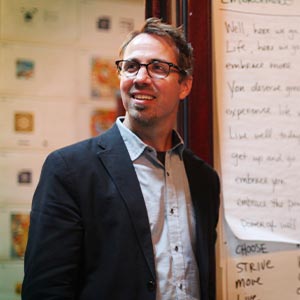 Daniel Cobb, CEO
Digital savvy consumers are suspicious of money-grabs disguised as gaudy advertisements. “If not for eye-grabbing advertisements,” one may ask, “how would companies bring attention to their products?” One agency brings a new perspective. Daniel Brian Advertising (DBA), introduced as a digital transformation agency, has begun a new corporate conversation around an old subject – VALUES. “Our company is built around our mission of making better brands for a better human condition,” begins Daniel Cobb, CEO, and Founder of DBA. His philosophy states, “The brand that contributes the most value to society wins.”

According to Cobb, brands need a signature story that reflects authentic values that are shared by its customer. A signature story is a relatable narrative that humanizes the company with a purpose, not in the light of an insatiable conglomerate, but as a helpful partner and provider of value with their customers. For all its simplicity, this idea is not captured well by the traditional advertising model. Traditional TV commercial factories have lost their way, and have become exposed by emerging two-way communications. Customer interaction, rankings and backlash have arisen amidst the bombardment of pushy ads. However, the power of the consumer voice to speak their minds against brands is becoming overshadowed by passionate consumer advocates who speak their minds in support of brands.

Put simply, a one-star negative review can be overwhelmed by thousands of five-star endorsements. Building positive consumer engagement is the core product of DBA, and they call it “Irrational Advocacy.” For DBA, advertising doesn’t start with producing a better TV commercial or even buying media. They start by helping brands find the story consumers want to tell on behalf of the brand. Sometimes this begins with changing the product itself.

For example, when DBA changed the pizza box for Hungry Howie’s, sales increased by 22% because a quarter-million new social media fans posted pictures of the box.
What was this change? They printed the box pink, and donated toward the cause of breast cancer. Customers became fans and promoted the brand, not because of Hungry Howie’s product, but because of the purpose it represented. Using tactics like this, Howie’s became a top-ten pizza chain with the fastest growing same-store sales in the industry.

“The capability of a digital firm to tell stories that create emotional connections with consumers is of utmost importance,” continues Cobb. DBA’s purpose-driven approach in helping brands breathe life into their underlying philosophies is what sets them apart as a new kind of agency.

The benefits of this ideology are evident from the results of its clients. DBA develops the brand visions for health systems, banks and food chains who want to make a positive difference in the world. Even energy companies can make a difference. For example, in DBA’s partnership with Consumers Energy—a Michigan-based energy company, DBA helped build their brand “People, Planet, Prosperity,” with a brand promise to be coal-free by 2040. Facing a potential backlash from coal workers who were afraid of losing their jobs during the transition, DBA discovered a signature story for the brand. On realizing that the CEO’s father worked in Consumer Energy factories and was her inspiration to be an engineer, DBA created a touching video presentation that illuminated the compassion of Consumers Energy’s leadership towards workers in the coal factories. The campaign was phenomenally successful on social media and was credible evidence that Consumers Energy would protect the very jobs that inspired its leader to join the company. The successful social campaign increased JD Power scores and IPSOS emotional engagement increased. The video itself won three Emmy Awards.

DBA understands that a healthy emotional connection with consumers is far better for digital marketing than state-of-the-art technology. “After all, technology does not make content go viral, people do,” concludes Cobb. 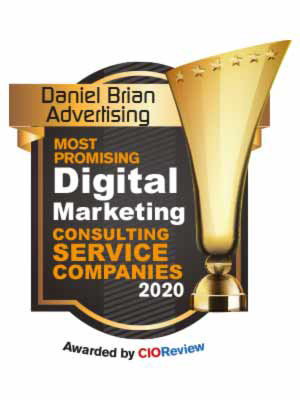 Description
Daniel Brian Advertising is a top digital marketing and full-service advertising company that specializes in providing brand consulting services that engage emotional connections with consumer segments. The company has quantified emotional brand equity to understand the impact of digitally connected customers who become crusaders. DBA partners with Adobe and leads beta tests with Google to keep their clients first to market with best-of-breed solutions for their digital front door. DBA builds branded experiences, platforms and content for emotional connections at every touchpoint of the consumer’s journey. 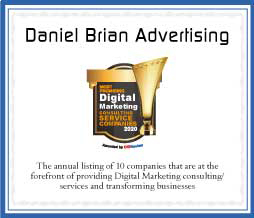 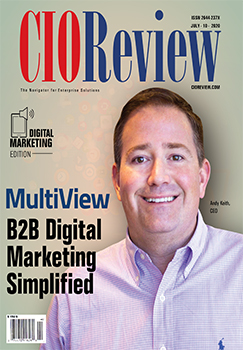