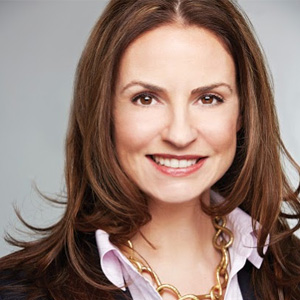 Rhoan Morgan, CEO and Co-founder
Moore’s Law predicted that technology performance would double every two years. And as marketing has become increasingly technologydriven, it has begun to evolve at the same dizzying pace.

For example, there were fewer than 150 martech companies in 2011. In 2016, there were nearly 4,000. And as new technologies emerge, the marketing stack is reaching increasingly lofty heights, with the majority of today’s marketers now using 21 or more digital marketing solutions.

As these technologies multiply, navigating the complexities requires a unique set of skills and expertise. According to the 2015 Martech Intelligence Report, only seven percent of B2B marketers say they have all the marketing technology they need and are fully utilizing it.

“Technology and marketing are rapidly converging into a single discipline,” says Rhoan Morgan, CEO and Co-Founder of DemandLab. “And that’s driving some exciting possibilities. But there’s a tendency to underestimate the level of expertise required to identify the right capabilities and bring them together seamlessly.”

Morgan founded DemandLab in 2009 at a time when marketing automation was virtually unknown. Today, her agency has helped more than 70 B2B and B2C businesses—some of whom have been with the agency from the beginning—to build integrated, omnichannel solutions that support customer engagement and ambitious organizational goals.

The agency focuses primarily on helping organizations understand and leverage automation and engagement technologies. Today’s CMOs and CIOs are facing massive challenges, as system fragmentation and data complexity prevent them from delivering seamless customer experiences and collecting meaningful data across the omnichannel. DemandLab consultants and services team members are not just savvy marketers: they have advanced technical proficiency across platforms including Marketo, Eloqua, Salesforce, and Google Analytics. Even the agency’s partnerships focus entirely on extending marketing capabilities that build on CRM and automation.

Marketing and technology are rapidly converging into a single discipline, and that’s driving some exciting possibilities

Leveraging this potential opens new doors for clients. For example, a recent project for client Ipreo involved custom programming to create a responsive, interactive infographic, a segmented, automated email campaign, and a paidplus-earned social media strategy. Where traditional content failed to generate a response, the interactive piece, combined with a micro-targeted campaign, spiked website traffic 100 percent and resulted in approximately $800K of new opportunities, and $6.2M in influenced opportunities. The campaign went on to win several awards, including a coveted Killer Content Award.

While technical proficiency is essential, it’s still only one half of the equation. Organizational silos can be as obstructive as technological barriers where martech is concerned. And because the convergence of technology, marketing, and revenue generation is so new, many CMOs, CTOs, and CIOs haven’t yet learned how to work side by side to collaborate and realize the possibilities.

“Often our kick-off client meetings bring representatives of the marketing, sales, and IT departments around the same table for the first time,” says Morgan. “And that’s the type of cross-pollination that’s needed to move companies forward today. If you’re not able to bring all of those stakeholders together and find common ground, it’s not going to work.”

Looking to the future of martech, DemandLab sees a shift from an opportunistic model in which companies buy, build, and hope for the best to a strategic model that recognizes marketing and sales as core revenue-producing units. This model will prioritize systems integration, data management, and process as the keys to success.

“We are only as good as our data, our systems and our processes,” Morgan says. “Businesses that focus on getting those right will pull far ahead of the pack.” 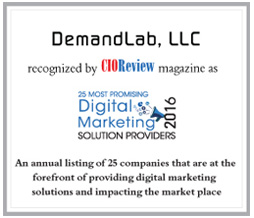 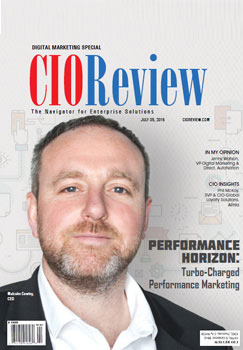